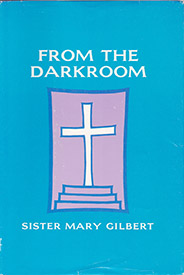 Here for the first time in book form is the work of a poet widely acknowledged to be one of today’s most important Catholic poets.

In turn touching, revealing, humorous, the poems contained in From the Darkroom evoke Sister Mary Gilbert’s acute insight and her unusual powers of observation and feeling and description of humanity, of the world around her and of the inner heart.

From the Darkroom is Sister Mary Gilbert’s third book. Her first, The Springs of Silence, is an autobiographical account of her life before and after she entered the convent, and is an international best-seller. Her second, Later Thoughts From the Springs of Silence, tells the story of her order’s struggle to turn an unused Air Force base into a girl’s college. Like the two earlier books, From the Darkroom is a warm, sensitive and appealing book.