On Wednesday, November 11, Madeline DeFrees passed away at her home in Portland, Oregon. The cause was complications of dementia. She would have been 96 on November 18.

The Los Angeles Review dedicated Issue 14 to Madeline DeFrees. The issue features three of her poems as well as essays by Carolyne Wright and Anne McDuffie.

Watch the tribute video created for Madeline DeFrees’ induction into the Hall of Achievementat the University of Oregon, November 1, 2013.

Madeline DeFrees will be inducted into the 2013 Hall of Achievement at the University of Oregon on November 1, 2013.

Established in 1998, the Hall of Achievement honors alumni and faculty members of the School of Journalism and Communication for their outstanding accomplishments and exceptional contributions to the field of journalism and the communities in which they live and work. Madeline DeFrees earned a M.A. in journalism from the University of Oregon in 1951. 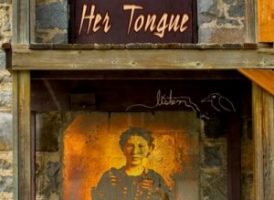